Moving and learning work well together

Find me on:
LinkedIn 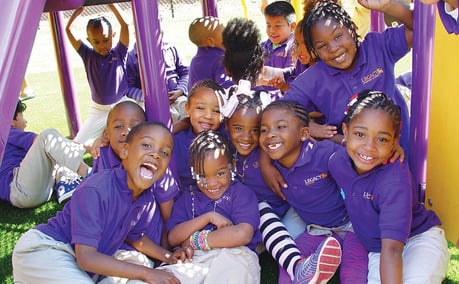 In the interview, Dr. Reed talks about his seven years of research with students at Legacy Charter School in Greenville, SC. There, he has worked with teachers to incorporate physical activity into the learning environment. According to Dr. Reed, "Legacy Charter School is a Title I school, and 99% of its students qualify for free or reduced lunch. It is also the only public school in South Carolina to provide 45 minutes of daily physical education to all children in grades kindergarten through high school."

"We have discovered that Legacy children significantly outperform the control school students who do not receive daily physical education in a number of areas, including muscular strength, muscular endurance and aerobic capacity. These same Legacy students have also significantly outperformed control school students on cognitive measures like fluid intelligence and processing speed."

There are numerous studies from organizations including the Centers for Disease Control and Prevention, the Institute of Medicine, and the Mayo Clinic concluding that active, fit, and healthy kids perform better academically. Dr. Reed goes on to say:

" . . . researchers at Iowa State University and the University of California at Irvine’s Department of Pediatrics tested our Walkabouts program and found that children who used Walkabouts had significant increases in attention and decreases in hyperactivity. Walkabouts also led to increases in classroom engagement, a predictor of math and language arts performance, compared to controls over an eight-week period."

Instead of moving while learning with programs like Walkabouts, Dr. Reed notes, "Kids are sitting for longer periods of time during the day, when moving would actually help them focus and improve their academic performance."