Kids learn more when they exercise during lessons! 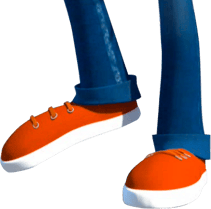 Physical activity is fun for most kids. Some of my favorite moments were games of tag or playing ball. The great thing about being active is that it is not only fun, it is also a great tool to help students learn. A study by Marijke Mullender-Wijnsma of the University of Gronigen in The Netherlands showed that moving beyond "brain breaks" and integrating movement into lessons has a large impact on student success.

From a Reuters article on the study:

"However, we think that the integration of physical activity into academic lessons will result in bigger effects on academic achievement," Mullender-Wijnsma added by email.

In the study, half of students received traditional instruction, the remaining half were taught with lessons infused physical activity. After two years, the 2nd and 3rd graders involved in the study showed that children who received exercised focused instruction outpaced their counterparts that did not.

Would you like to see those benefits in your classroom? Walkabouts are movement-rich activities that integrate math and English standards into the lesson. Want to learn more? Request more information!